I had the idea earlier this year to do some more interviews on this here blog so I tweeted about it and encouraged people to get in touch. Pete Clements responded and wrote, “Don’t really know if I have much to say but happy to chat about ELT etc in a Google doc.” I assure you he had lots to say! I truly enjoyed the chat and wish we could do it in person! It was an honor to have him here and I hope that readers get as much out of it as I did. 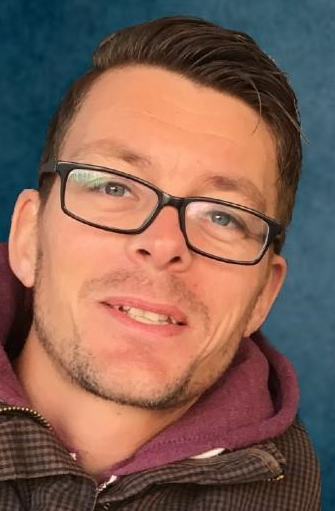 Mike: Thank you for doing this. Can I get you a drink? What are you having?

Cheers. Fancy some somaek? Go easy though, it’s been a while.

Strong order. Good choice…I guess. I think you are the first interviewee to go for the soju and beer combo. I will go easy as well! Thank you for doing this interview! It’s really a pleasure to have you here as I enjoy your blog and find it super helpful and informative.

Your blog is such a good read. Wish I’d met you when I was in Korea. Perhaps I’d have committed to ELT sooner if I’d had people like yourself to help me reflect, rant, develop, etc. I’ve revisited some of your posts recently and I love how honest they are.

Wow, thank you for the kind words. I just now learned that you were in Korea (or maybe I somehow forgot). Perhaps we can meet in SE Asia then. Can you tell me why you got started with your blog and what your aims are now?

Sure. I started blogging around 2015. I’d just finished my DipTESOL and started working with Martin Sketchley. He was my boss at the time – great guy, good teacher, likes a pun. He recommended that I start blogging and get on Twitter too as a form of CPD.

Blogging for me at that time was great. It gave me so much confidence and helped me meet/interact with so many cool teachers and just like-minded people. I have Sketch to thank for that.

Sketch! (I have never called him that but I like it). A friend of the blog. Small world! Regarding your aims for your blog, have these shifted over time?

Changing aims… hmmm. Well, it started with ‘get ideas out there and also reflect on my poor practice’. Then there was a bit of ‘chase the views with some clickbait as it’s nice to feel liked and valued, however superficial’. Then there was a ‘try to be more critical’ phase, then an ‘appear more knowledgeable – that might impress a few people and help my standing’ phase (that lasted about a month I think). Then an ‘I’m enjoying getting into materials writing and that also happens to be a niche blogging area’ burst of posts, then a move back to ‘just share ideas and be honest about my practice’.

These days it’s just a ‘Write what I feel like, try to be helpful and useful, promote myself now and then, enjoy it, learn from it’. It’s just a blog, and there are deffo more interesting ones to read than mine!

Which blogs are you reading these days, Mike? I like that Education Rickshaw one at the moment. I don’t agree with the guy often, but it’s a good read. And Philip Kerr’s recent posts – very insightful.

I am continually impressed with Philip Kerr’s blog! I guess I don’t read tooo many blogs at the moment. I will always read posts from Zhenya Polosatova (who is very much on my mind these days) when they come out. What advice would you give to those interested in starting a blog?

I guess it depends on the purpose. If it’s for your own CPD then I guess I’d say be honest, be bold, put your thoughts/ideas out there, welcome all comments, see your posts as a snapshot of your thinking at that time (which may/will evolve), reread them now and again with that in mind.

If you’re blogging for self-promo in ELT (whatever your goal) then I guess it’s up to you how genuine/polished/formulaic/etc you are. Just rock your style, up to you what that is. It’d be good if it were really *you* though. I’d enjoy reading it more tbh.

This is great advice. Thank you. I think you’ve written about it before but what advice would you give to those interested in dipping their toes into publishing?

Yeah I’ve written a bit about it and I tend to say things like ‘it’s easier than you think’, ‘just put yourself out there’, ‘all you need is LinkedIn’ etc.

But look, I mean, I’m both lucky and privileged in certain ways. I’m financially able at this point to take risks when it comes to my career choices. English is my first language and I can’t deny that’s been to my advantage as a writer before. I’ve also been in the right place at the right time. And so on. I’m not saying my advice is useless. It’s honest, but it’s perhaps a bit blinkered at times.

That said, getting on LinkedIn, sending connection requests to some commissioning editors, making yourself sound good, and doing some free samples probably won’t hurt.

Thank you for the honesty and the advice. It seems like CPD is quite important to you. I just noticed that the tagline on your blog says, “TEFL tips and ideas from a developing teacher” and it’s clear to me that you are highly focused on development. How do you prioritize where to spend your time and money?

Good question. Hmmm. Early on in my career my development needs were more immediate. For example, I was inexperienced as a YL teacher and my teaching centre offered a CELTA YL training course, so that was the decision made. As time’s gone on I’ve followed my career goals more.

My priorities have tended to be a mix between ‘chance for promotion/good job if I do this course’ and ‘chance of personal and professional enhancement which should ultimately benefit my learners (I hope!)’. The former has taken over in recent years as I’ve moved into EAL. Working in an international school meant getting a PGCEi, which wasn’t cheap and is seen by some as a cash cow. To be fair though, the PGCEi kinda brought the promotion/personal development motivations together. It was a thought-provoking course at times and certainly helped me engage in my practice, recognise certain constraints in international schooling, and better understand my role as an EAL practitioner.

Funding wise… Well, I’ve been lucky with funding for some training courses. For example, my CELTA YL and my MA were both paid for by the British Council (almost in full) for which I’m very grateful.

Beyond that, CPD for me is non-negotiable (both dedicating time and money) so I budget for it. I said to myself back in 2016 that if I ever wrote one of those ‘global coursebooks’ then I’d put at least half the fees into CPD. It happened (surprisingly, and due to LinkedIn), so I’ve had a CPD pot ticking down for a while. These days though half of any fees go into savings for my kids’ education. Priorities change!

Thank you for sharing all of this. I believe there are some useful nuggets for readers here. Regarding coursebooks, is there a topic you’d like to see in a textbook someday that you don’t think would be possible at the moment?

Certain target markets dictate that topics related to gender and sexuality are avoided/ignored. I’d like to see this challenged, and I think an area of priority (if any) ahead of World Cup 2022 would be LGBTQ representation in sport, with reference beyond athletes to include officials and fans.

An aside, but I don’t think the issue with textbooks is always about omitting topics. Sometimes it’s about how they deal with certain topics too, such as whether they perpetuate colonial discourses.

Mike: Well said. I won’t ask you about other issues with coursebooks! 🙂  Unless you’d like to get into it.

Well, we can dabble if you want?!

There are enough coursebook critiques already. Lots are justified, many are purposeful and apposite (if that’s the right word?). Some are lazy. In some ways I think that coursebooks alone are an easy target. It seems far easier to critique an ‘artefact’ like a coursebook as a static resource than it is to delve deeper into how that resource is being used/adopted/adapted by teachers, and the impact that has on the learners.

My bugbear with coursebook critique is the hypocrisy that pops up from time to time. Critiques that focus on the absent curriculum, misrepresentation, and other issues focusing on overall choice of content are for me the most valid. They are highly relevant and the suggested changes are often actionable. Look at the way Tyson Seburn has handled the issue, the way that the likes of Lottie Galpin mediate in this area, the recent resources from Bristol Museum, etc.

On the other hand, critiques relating to how well coursebooks align with SLA theory can (at times) be a red flag for me. That’s where I find the most subjectivity (from both sides!), and the most opportunism. Don’t get me wrong, ‘coursebooks and SLA’ is a big issue in ELT, but it is not always approached with a fair amount of transparency. We need good mediators in this area, and there are few who seem both informative and genuine – we’ve mentioned Philip Kerr already so I don’t want to flatter but… you know what I’m saying.

My advice would be to always do your research on the critic – you may find that they are involved in selling or promoting some alternative approach to the ‘coursebook methodology’ they are critiquing. That’s when the cherry picking of research and the agendas start to become a bit more apparent.

Thank you for sharing your perspective on this. I am glad you chose to. And I think it’s time to move on to the lightning round…What kind of music are you into?

Used to be metal. Classic, like Maiden, Judas Priest (saw them in Seoul!!!). Indie and lo-fi. When I’m writing resources I have the band Work Drugs on loop. Recently got into David Dean Burkhart indie playlists on YouTube, amazing. My other favs are Devo, Sparks, B-52s. How about you?

I am mostly into 90s hip-hop and 70s rock but enjoy almost anything. So, when you were a kid what did you want to be when you grew up?

That is interesting! Somehow it’s quite different from your current work but I can see some parallels. OK. Korean food or Thai food? Any particular dishes you like in either cuisine?

I love Thai food but I have to say it’s Korean for me as well. Puns or riddles?

What attracts you puns?

We do. I couldn’t interview you and not ask about puns! I think that is a good note to end on. Thank you again for doing this. I truly enjoyed it and I am sure readers will as well.