I wasn’t all that nervous. I guess I was something approaching confident. I felt quite prepared and had the sense I knew what I was talking about. I thought I had some good ways to catch the students’ attention and some interesting points to get them thinking. The topic was something I’d given a great deal of thought. I had not to that point delivered very many presentations (if you’re interested in presentations I’ve done since please click here) but I was ready to knock ’em dead and land what seemed at the time like a dream job.

There were some problems. A major one was how I’d completely misunderstood the task. I was not to deliver a sample lecture or presentation to a classroom full of interested and passionate undergraduate students enrolled in a teacher education program. Instead, I was apparently expected to deliver a “sample lesson” to a completely uninterested audience of two professors in the program.

Since that somewhat fateful day I’ve wondered how I managed to misunderstand the expectations. Actually, come to think of it, I know a few other people who participated in the interview process and they had different understandings of the task as well. Looking all the way back to the 2009 email I received from the university the outline of the interview process read (along with other components):

Choose one of the following courses:

I prepared was something of a lecture on the topic of teaching English in English to secondary students but it turns out they were looking for (or decided mid-way through the day they were looking for a lesson that incorporated one of the three categories above.  I delivered a 10 minute talk (they sort of cut me off there at the end before I could power through the full 15 minutes) on something like pragmatic and thoughtful use of L1 in class and the reasons teachers might and might not use English in class. I think it was interesting enough and surely important back in the halcyon days of thoughtless TEE in Korea. It was the end of the day and I was the last presenter/demo giver. I think they’d probably heard enough by that point.

Interestingly, (or at least it seems so now with the benefit of a great deal of hindsight) I delivered the talk to these bored professors as though I was talking to a full room of curious and impressionable university students. I paced around the room a bit. I made eye-contact with non-existent people in the corner. I tried to own the room in my then best impression of a TED-talk. My gestures were expressive (as is my wont) and surely ill-fitted to a room of two people fighting off apathy, boredom and an afternoon snooze.

I did not get the job. Neither did the Korean woman who’d just finished her PhD at Yale. Neither did two North American gents I know well. The person who got the job ended up running into problems and was relieved of his duties soon after he was hired. At least his demo matched the (unexpressed) expectations. I learned later through my sources he did a nice little sample lesson and got the interviewers/professors/judges/jury/pretend students to actively participate in a mini-English lesson designed for young learners. 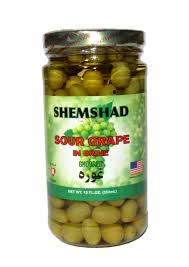 This is just a picture.

There’s a reason I’m sharing this story 8 years and 3 months after it occurred (and I believe and hope for the first time on this blog).  A Korea-based friend recently asked me, “Any sage advice for a guy giving a demo lesson for a job?” and I offered some thoughts. My off -the-cuff ideas (though probably more basic than sagacious) were:

Of course, it’ s a bit of a challenge to offer tips without a sense of what the institution is looking for. That said, I wonder what advice (sage or otherwise) you’d offer, Dear Reader. I also wonder if this sort of demo lesson is a thing in other countries and what the process entails.

Finally, BTW, and FYI I called this part II because I previously wrote about demo lessons in job interviews here but that 2013 post was more about the process and an experience I had on the other side of the interviewer’s desk. I’d be very curious to hear about other’s experiences with this. One of my new year’s resolutions is to be better at responding to comments.