It has been 159 days since my last blogging.
I’m doing fine, thank you. And you? I’ve been busy and doing a lot of work online and the computer and sometimes the last thing I feel like doing is typing even more at the end of a day.  I’m continually thinking about what I would blog about if I had some time. Well, I find myself at a coffee shop without an internet connection and decided to share a few thoughts, so here goes. 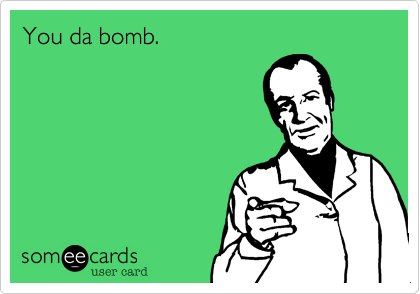 One of the things I think about most often is feedback. By that I mean observer to teacher feedback, teacher to student feedback, and student to teacher feedback. One aspect of this in particular that’s frequently on my mind is course feedback students give in accordance with university policies and forms, you know, course required administrational feedback (hereafter CRAP). I have long held the view that teachers who collect their own feedback at various points during the course and have open channels for feedback tend to do better on such CRAP forms. I don’t have any evidence to support this, just a feeling and thought based on anecdotal and personal evidence.

Speaking of evidence, I’m sure Russ Mayne would say that CRAP is crap and essentially meaningless. I suppose for me to agree, I’d have to parse out exactly what we mean by meaningless because it surely holds a lot of meaning for those who lose their jobs on the basis of such feedback. “Don’t hate the game, hate the bigger game” as I always say (well from now on I will start saying it.) I think CRAP is meaningful for those who depend on not getting let go as a result of such an admittedly fickle means of measuring. Bean counters gonna count, though.

I still remember shocking a fellow conference attendee when I said I never read my university feedback. I now read through the CRAP and treat it as just one more source of information and as long as it is not dreadful I don’t give it too much thought. The numbers tend to be pretty good and fine and fine and good and nothing to lose sleep over. The comments sometimes show examples of a miscommunication or a misunderstanding and also sometimes provide some valuable ideas for next time (when it is of course too late for the student in question.) I know I could do a better job of collecting feedback while I have the students in my course and still have time to make changes and this is something I often tinker with. Note to self: the term is already ¼ over (!), why not collect some feedback soon?

My main question at the moment is what sort of things does the already busy admin staff look for when analyzing the responses to CRAP sheets? I think the first thing would probably be consistently low numbers, especially in comparison to similar courses. Maybe they’d also briefly look over the comments. I have to think this is (or perhaps should be) particularly challenging for those without a background in education. How can the admin determine which comments should be trusted and valued? I really have no idea. Maybe the seemingly objective numbers would be the most important thing to look at. If anyone has any insights on this I’d love to see them in the comments. I fully realize it would vary from staff to staff and place to place.

As I think about one particular course I’ve taught numerous times I recall the numbers have been pretty high over the past few years while, interestingly, the comments have trended more towards slightly negative as students shared some thoughts on how they wished the course had gone. I’m the type (as I suppose most teachers are) to remember (and occasionally brood over) the negative comments. However a comment that has stuck in my mind for the last 15 months was simply, “You are the BOMB!” It was written in English and punctuated just like that. 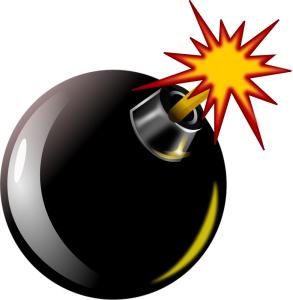 While it is nice to be considered the bomb, I had questions. As feedback is was essentially useless. What were the most combustible aspects of my class?  How could things have been even more explosive? Still, I think these more detailed questions are perhaps better left to unofficial (non-CRAP) feedback where the teacher writes the questions and gets the answers directly from the students. I tend to believe CRAP is best left as something like quality control and not seen as an important source of information.

My student decided the last words they’d say about my class would be that I am the bomb. I wondered how this comment would be taken by others who read it. Would these readers, without consulting their 1990s slang dictionary (or the Urban Dictionary) , think it means every class was a violent disaster? Assuming  the meaning would be clear enough my central question is about how meaningful such a comment would be for the admin staff. Would “you are the bomb” be less valued than “You are the BOMB?” How many, “meh” comments would be offset by “BOMB” comments? Would the fact that one student thought the teacher was so awesome offset low numbers on the survey? Probably not, right?

I think my silly questions get to something potential important. At the risk of reading far too much into it and being more than a bit arrogant, I wonder how valued is it to have a profound impact on one or a few students or if it is more important to just not mess up and avoid leaving a certain percentage of the class be disappointed.

Even if it was not the most useful feedback in terms of improving my teaching I’m still thinking about 15 months later so that’s something.